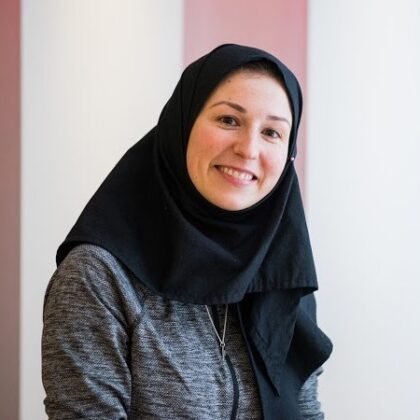 Dr. Marzyeh Ghassemi is an Assistant Professor at MIT in Electrical Engineering and Computer Science (EECS) and Institute for Medical Engineering & Science (IMES), and a Vector Institute faculty member holding a Canadian CIFAR AI Chair and Canada Research Chair. She holds a Herman L. F. von Helmholtz Career Development Professorship, and was also named one of MIT Tech Review’s 35 Innovators Under 35. Previously, she was a Visiting Researcher with Alphabet’s Verily and an Assistant Professor at University of Toronto. Prior to her PhD in Computer Science at MIT, she received an MSc. degree in biomedical engineering from Oxford University as a Marshall Scholar, and B.S. degrees in computer science and electrical engineering as a Goldwater Scholar at New Mexico State University.

Professor Ghassemi is on the Senior Advisory Council of Women in Machine Learning (WiML), and organized its flagship workshop at NIPS during December 2014. She has also organized and MIT’s first Hacking Discrimination event, and was awarded MIT’s 2018 Seth J. Teller Award for Excellence, Inclusion and Diversity.

She served on MIT’s Presidential Committee on Foreign Scholarships from 2015-2018, working with MIT students to create competitive applications for distinguished international scholarships. In 2015, she also worked as a graduate student member of MIT’s CJAC (Corporation Joint Advisory Committee on Institute-wide Affairs), a committee to which the Corporation can turn for consideration and advice on special Institute-wide issues.

From 2013-2014, she was a student representative on MIT’s Women’s Advisory Group Presidential Committee, and additionally was elected as a Graduate Student Council (GSC) Housing Community Activities Co-Chair. As co-chair, she worked with subcommittee leads to create a third month of maternity benefits for EECS graduate women, create a $1M+ fundraising target for a needs-based grant administered to graduate families at MIT, successfully negotiated a 4% stipend increase for MIT graduate students for the 2014 fiscal year (approved by MIT’s Academic Council), and worked with HCA’s Transportation Subcommittee to expand new transportation options for the 2/3 of graduate students that live off campus. During 2012-2013, she was one of MIT’s GSC Housing Community Activities Family Subcommittee Leads, and campaigned to have back-up childcare options extended to all graduate students at MIT. This led the GSC to commit $30,000 to a pilot for the program, which was matched by the administration. The program is now fully funded by MIT, and considered a success.

From 2012-2013, Professor Ghassemi was the Treasurer for the CSAIL Student Committee and (most importantly) created “Muffin Mondays,” a weekly opportunity for MIT’s graduate community to bond over baked treats from Flour Bakery. The event still happens every Monday in CSAIL.